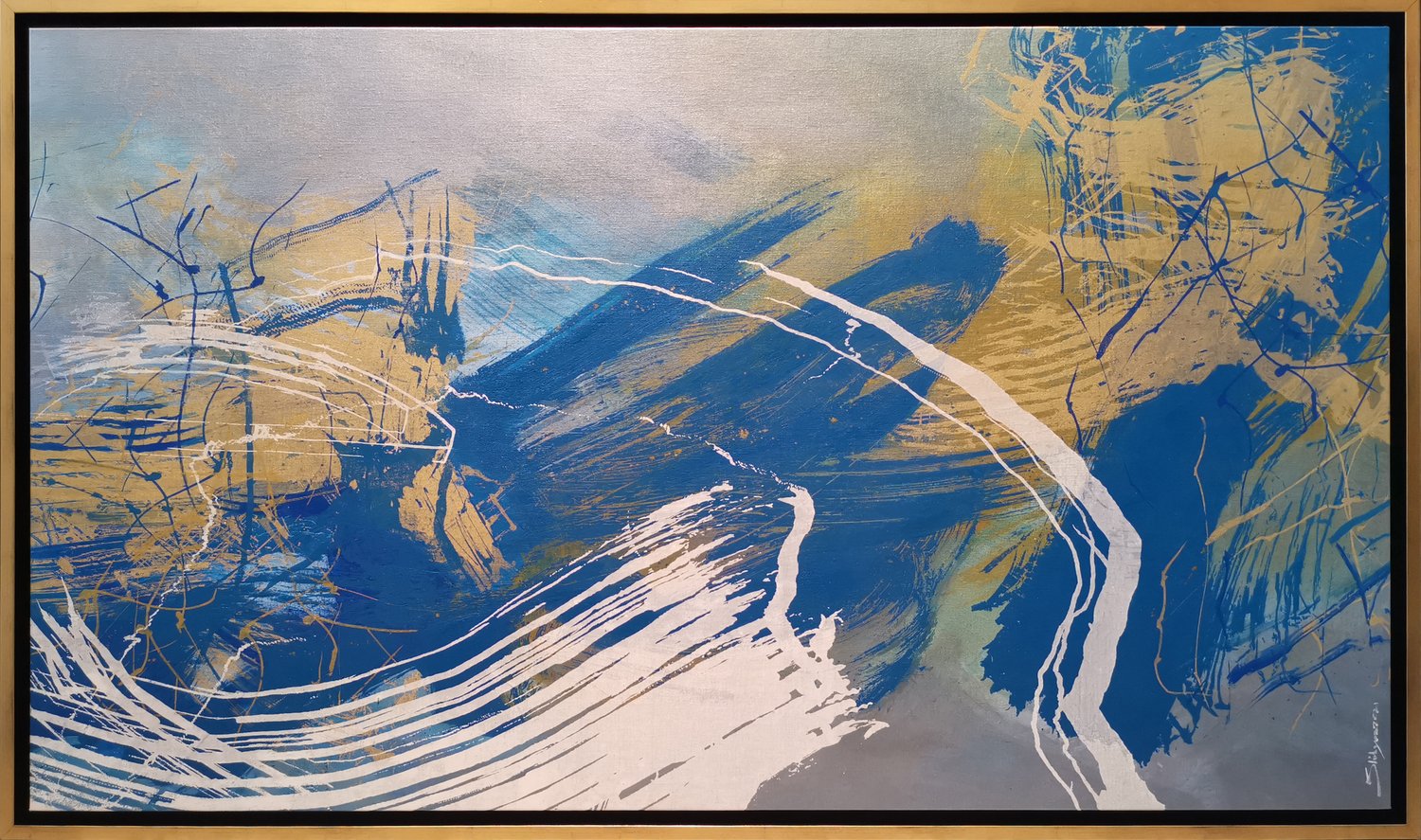 There’s a video on Shih Yun Yeo’s YouTube channel that documents the artist working on her exhibition “Creative Collisions” at Singapore’s Galerie Steph in 2014. Yeo fills a plastic cup with black ink before circling a large, blank, stretched canvas laid flat on the floor. She crouches near one corner and pours a generous arc of the stuff across the canvas. Then she bounces up, takes a few steps, and makes a half-turn before bending at the waist and pouring another run of ink that’s long and bent and looks like a tree branch wet with rain. Yeo spreads the ink blobs across the canvas using a straw broom, a floor scraper, and a long palette knife. The video instantly recalls Hans Namuth and Paul Falkenberg’s iconic short documentary Jackson Pollock 51 (1951) which captures the eponymous painter pivoting, bending, slouching, and marching around a canvas spread out in his backyard in East Hampton. Pollock’s brush rarely touches the canvas as he applies layers of his signature splashes and drips to the work. Yeo has gone even further, removing the brush from her hand entirely, and inventing other strategies to generate random outcomes.

At the 1:23 mark in the YouTube video, a little white robot that looks like a scrub brush scoots across a wet, inky surface. It is one of several devices that Yeo set loose on the canvas to encourage the show’s titular collisions. Her robots cruise and crash through the ink, creating lyrical loops and lashing lines. Yeo’s performative painting process recalls Pollock’s athletic artistry, but the robot paintings also echo Robert Rauschenberg’s Automobile Tire Print (1953)—a monoprint of a paint-covered tire treads made by driving a car over twenty sheets of paper taped together by the artist. The car was driven by John Cage, whose pioneering work with aleatoric musical composition also informs Yeo’s philosophy and techniques. Yeo’s art marries the aesthetics of Chinese ink painting to the chance-oriented processes found in mid-century American modernism and contemporary generative digital art, reimagining ancient traditions in a practice defined by relentless experimentation and innovation.

Most of Yeo’s experiments with unconventional tools remove her hand from her work with the same inventive playfulness exhibited by her use of toy robots.

Most of Yeo’s experiments with unconventional tools remove her hand from her work with the same inventive playfulness exhibited by her use of toy robots. For “Learning from Trees,” an exhibition at Art Forum Gallery in Singapore in 2013, Yeo tied strings to the ends of her brushes, creating clumsy painterly marionettes that she lashed to the limbs of breeze-blown trees, causing the ink-loaded brushes to skip and bounce across the surfaces of her works. Before that she pulled on rollerblades and mimicked Rauschenberg and Cage’s experiments in an early, more primitive iteration of her robot works. You can find a video titled Process of Rollarblade Series on Yeo’s Vimeo channel. The silent short opens with Yeo sitting on the ground, laughing at the camera as she pulls on her blades. She dips her wheels in an aluminum paint tray brimming with black ink before demonstrating solid form, skating back and forth over three large pieces of paper taped to a bare wooden floor. The results aren’t awe inspiring, but the video illustrates how Yeo’s early experiments prefigured her robots and more.

In retrospect, Yeo’s arrival at digital art seems inevitable. Her interests in randomization, unusual tools, and eliminating her hand from her artmaking have naturally evolved into painting with pixels and code, and her aesthetics have seamlessly extended from real life gallery displays to the metaverse. For her videos Ink_e:motion (2021) and Ink in Motion #1 (2021), Yeo captured her painting process and then used editing tools to remove the brush from the frames, leaving only lines that seem to paint themselves. Her nearly exclusive use of black ink on white surfaces is a core element of traditional Chinese painting; this restrained palette makes a striking contrast to the maximal chromatics often found on the NFT platforms where she presents these works. Yeo’s work is part analog, part digital, and wholly compelling in its playful insistence on stubbornly occupying a liminal space that combines an ancient art practice and new media.

Mind Ink Painting Machine (2021), included in the online exhibition “Other Worlds: non/digital realities,” greets viewers with this text: “You are inside an inkscape created by Yeo Shih Yun’s brainwaves. Your actions will influence the inkscape.” Cascades of black and gray pixels stream down the screen, and horizontal waves splash across the display like water skimming over sand. The blacks, whites, and grays collide and mix to the pulse of a dark electronic music soundtrack. Viewers can create novel rivulets of pixels by moving their cursors across the screen, resulting in variations of chaotic motion. These are unique collaborations between the artist, audience members, and the digital intelligence that connects them.

Yeo’s Ethereal Glory (2022) was recently featured as part of the exhibition “Digital Baroque: History Meets Algorithm” on the 4Art NFT marketplace. Much of Yeo’s work is monochromatic, but Ethereal Glory deploys a palette of blue, gold, violet, and white. Yeo and her robots created a gorgeous abstract composition on linen inspired by the Greek god Ether, a personification of the sky and heaven. Yeo then digitized the work and processed it as a simulated sand painting. A swooping hand spins counterclockwise, upsetting the grains and then letting them settle back into place. An accompanying audio track features a burbling ambient melody. The work points to early time-keeping technologies like sand-filled hourglasses, while also evoking the poet William Blake, who saw “a World in a Grain of Sand.” This is a work about time and balance, form and integrity. With Ethereal Glory Yeo acknowledges the inevitable changes that passing time brings, but also insists that something constant endures. “An artist is to be a witness to his time in history,” Rauschenberg said. Yeo’s disembodied aesthetics are both rooted in history and emblematic of this moment in art.

Joe Nolan is a multimedia artist, writer, and musician based in Nashville. 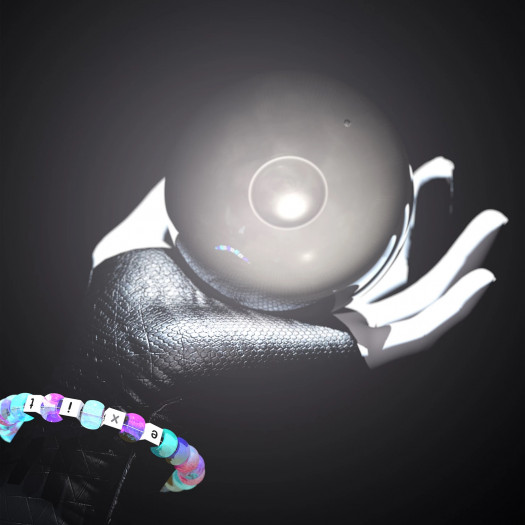