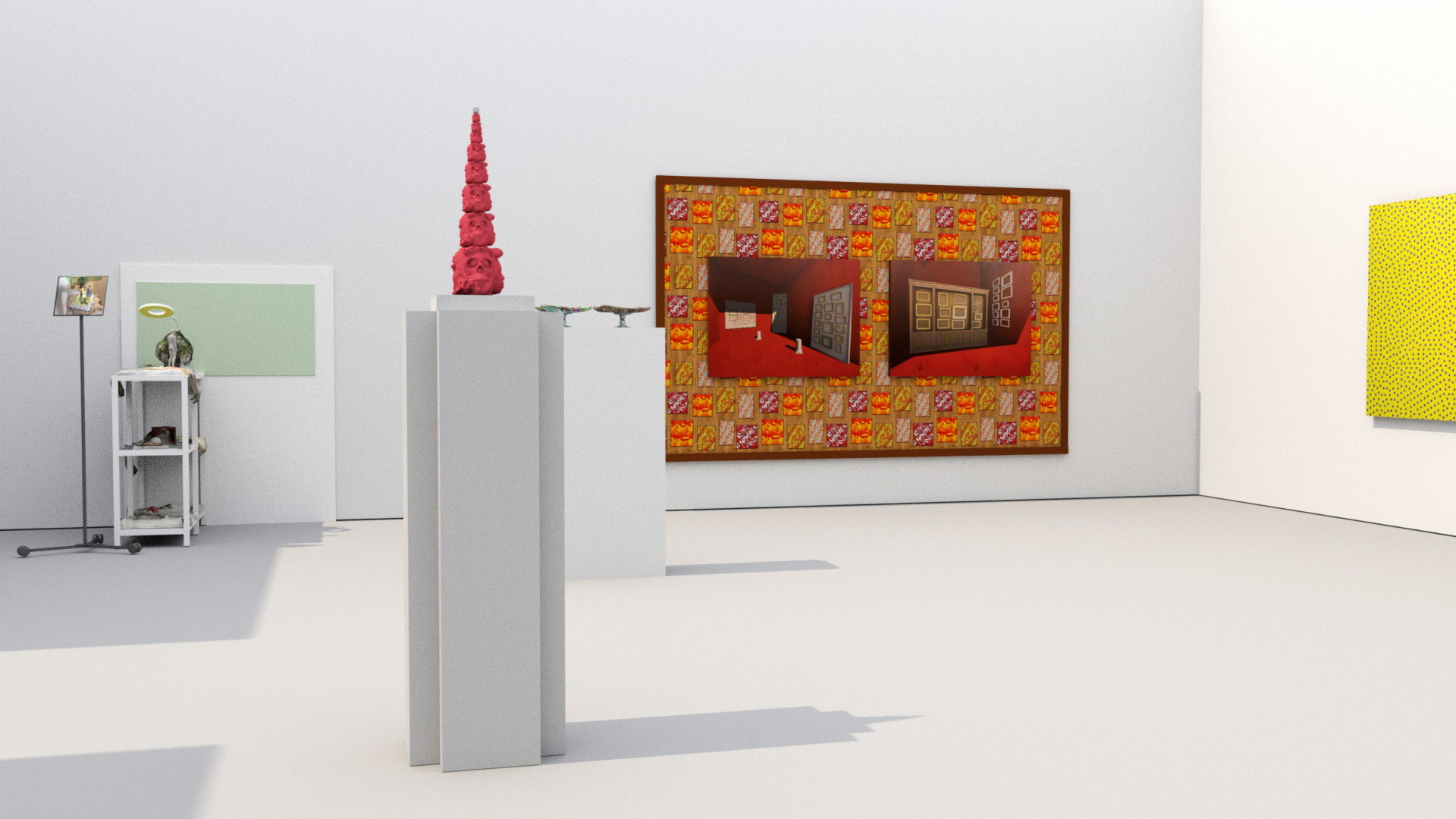 In 2020, I imagined myself as a forger, painting copies of famous works by the masters of twentieth-century modernism. My goal was to mint these forgeries, thereby reproducing them as unique digital objects and securing by contract my individual authorial rights. Later that year, I fabricated this series. I invented an elaborate process involving a computer-controlled airbrush machine. First, I built a series of 3D computer models. Then I “painted” them in a software program with a digital brush that simulated watercolors. I arranged the models to create 3D still lifes in virtual reality rooms. Then I rendered out these set-ups as the source files needed to drive my machine. At last the machine and I produced the paintings. They were illusionistic and uncanny, like trompe-l’oeil paintings of the nineteenth century. I exhibited my first forgery with its source file, which was the digital picture I minted. I conceived of these elements as two halves of a mixed-reality whole I called a “digital combine.”

The more I thought about this combine, the more I realized that my true source file was not the digital one I described above, but the story I am currently telling. A digital combine is not a forgery or a version. Rather, it’s a poetic resolution of the mind-body problem: a concept plus a tangible object and the narrative that connects them. Although I coined the term to describe an artwork of my own, I knew it could also be used to describe the work of other artists who also make a certain kind of hybrid artwork, both digital and physical.

I think of NFTs as a kind of magical enactment, an act of prestidigitation—something metaphysical.

A digital combine mixes tangible materials—like paint, wood, or paper—with a file: a jpeg, mp4, mp3, txt, a piece of software, or anything else an artist might imagine. The digital object can be encrypted and stored in the cloud, verified by a smart contract that can include metadata linking the digital and tangible things together. My smart contract, a modification of the standard ERC-721 format, specifies that my digital combines consist of both digital and tangible elements, and that the metadata is also a part of the work. In doing this, I am expanding on the notion that the context of an artwork, including the language used to define it, is what makes it art.

Smart contracts aren’t really that smart. They’re more like a gentlemen’s agreement than a contract, because they are not enforceable under current laws. Yet they are still quite convincing because of their forceful and obscure style. Both the programming language used to code smart contracts and the legalese of regular contracts are comprehensible only to the initiated. The worlds of coding and of law each constitute a kind of priestly cult, and it is not coincidental that they are designed to uphold markets. Endowed with the power implied by the contract’s hermetic language, NFTs transform liminal things into ordinary, tangible ones. Once encrypted and minted, a digital object becomes nonfungible and unique in the same way that a hand-carved sculpture is. This is a powerful and seductive idea. I think of NFTs as a kind of magical enactment, an act of prestidigitation—something metaphysical.

I borrowed the term “combine” from Robert Rauschenberg, who in the late 1950s strategized an art-historical category based on his own practice. One signature combine is Monogram (1955–59), which consists of a stuffed goat plunged through the center of a rubber inner tube, then glued upright to a wooden plank roughly painted with crude brush strokes and pasted with elements of paper collage. Monogram is monstrous, an impossible object, coming into existence as an artistic concept when Rauschenberg granted it status by naming it. A combine transforms a weird, implausible thing into a knowable—albeit very odd—one. I did the same for my own hybrids.

To expand my taxonomy, I curated two exhibitions under the “Digital Combines” title, at Honor Fraser Gallery in Los Angeles and Bitforms in San Francisco, featuring artists working with mixed-reality painting, augmented-reality sculpture, and other hybrid forms. Each work is installed as a physical piece, with an associated QR code placed on the wall nearby, in a position where you’d find a wall label in a museum; this is the portal to the cloud, where the work’s digital element resides. Daniel Temkin was in both shows. His optical yellow Floyd-Steinberg, 16.4% Lavender (2020) unites a painting with an animated gif. To make the animation, Temkin starts with a solid color and then applies a dithering algorithm, which is normally used to simulate shading in digital photography. He then paints the resulting field, now filled with colored rectangles—a process he has dubbed “hand-rendering.” Temkin chooses a complementary color for his rectangles, which triggers the eye to hallucinate a flickering after-effect. With this gesture, he unites human perception with procedures of pure logic to create an optical glitch, a phenomenon seen by the mind alone.

A combine transforms a weird, implausible thing into a knowable—albeit very odd—one.

Auriea Harvey’s sculpture The Mystery v5 (tower), 2021, is a stack of grotesque gargoyles that evokes the Tower of Babel. Harvey begins her process by creating a 3D model, from which many works are then made. The Mystery v5 (tower) and its digital component, The Mystery v5-dv3 (axis mundi), use the same mask-like form, a remix of scans of the artist’s own face. Colored clay and pigment act as decorative embellishments to the tangible sculpture. This work is meant to be experienced interactively, not only by looking at it from various angles in the physical world, but also from within a wallet, on a touch screen, or in augmented reality, where a user may tumble the virtual version to access different views.

Repairs (2020–21) by Will Pappenheimer is a trickster installation, combining a physical assemblage with a custom augmented-reality app, loaded onto an Apple tablet with his NFT, a text file giving a bare-bones verbal description of the scene. Repairs belongs to a series of domestic tableaux constructed from readymade items that double as both still-life and stage set for a 3D animated scene. The objects—which include “a flat earther anti-science conspiracy melted earth ball” and “a small tunnel box guarded on both ends by wrathful deities from India”—are selected to evoke the social conflict that intensified following the 2016 US presidential election. In the animation, a CGI therapist speaks in a calming voice. Pappenheimer merges physical and digital components to create a site for meditation, with the intent of healing a polarizing political divide.

Like Pappenheimer’s work, mine is a stage set, juxtaposing poetic, metaphoric objects. In my case these are works of art.  Hermitage 1.0 (2021) is a trompe-l’oeil still life with dozens of empty wooden frames. It is inspired by a photograph of the Hermitage Museum in Leningrad, taken during World War II when paintings were stripped from their frames and hidden in the countryside to prevent their pillage. Hermitage 1.0 hangs on augmented-reality wallpaper, made to be viewed through my custom Combines app, produced for this work. It is covered by a faux-wood motif, which together with small abstract paintings, provide trackable codes linked to flickering gifs of mottos inspired by Sun Tzu’s ancient Chinese military treatise The Art of War. The QR code mounted on the wall beside the tangible work links to a variant of the text you are currently reading: my “mintable.” The code links the viewer’s immediate physical surroundings to the cloud, which I think of as an agnostic version of heaven representing the ephemeral, metaphysical space of mind. It is also another associated symbol that—like markets, legal language, and the mathematical coding—endows NFTs with their magical cultural power. The specificity with which the NFT connects and defines these contexts marks a radical ontological shift, creating a new way of seeing what constitutes an object.

Claudia Hart is a professor at the School of the Art Institute of Chicago, where she has developed a pedagogical program based on her own use of 3D imaging technologies. 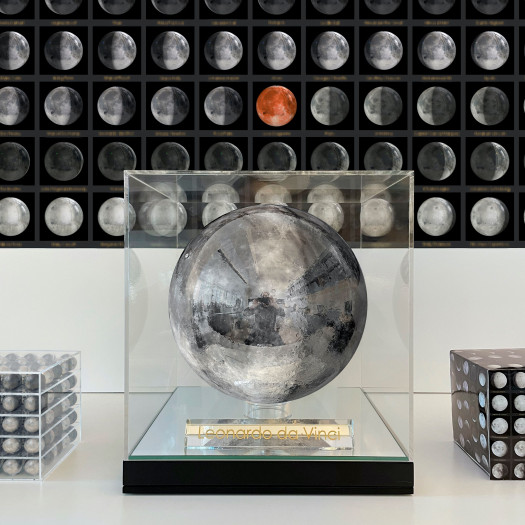 Pace’s Discord gives eager crypto speculators a taste of the art world's harsh realities: they go to the moon, you stay here on Earth. 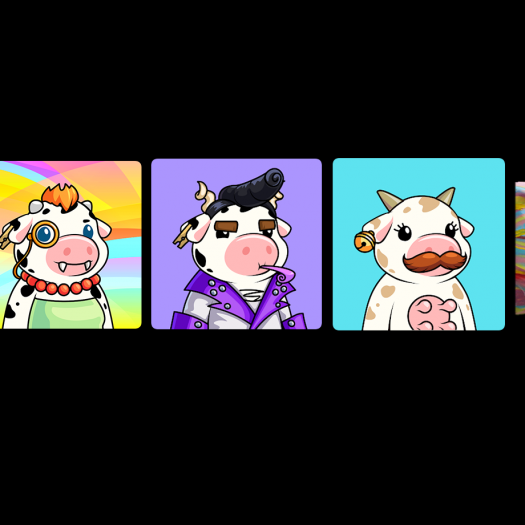 PFP NFTs imagine a shared space where only owners of digital property matter. 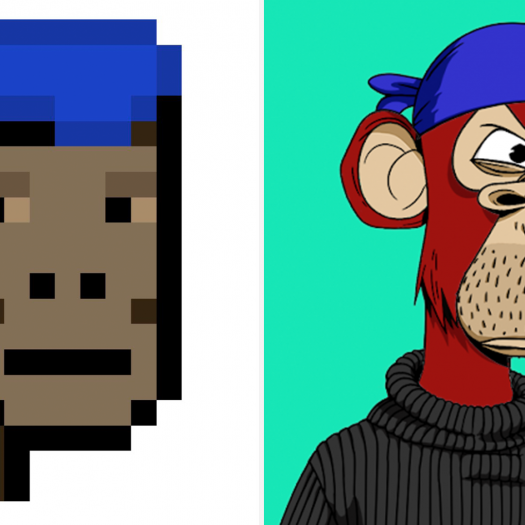