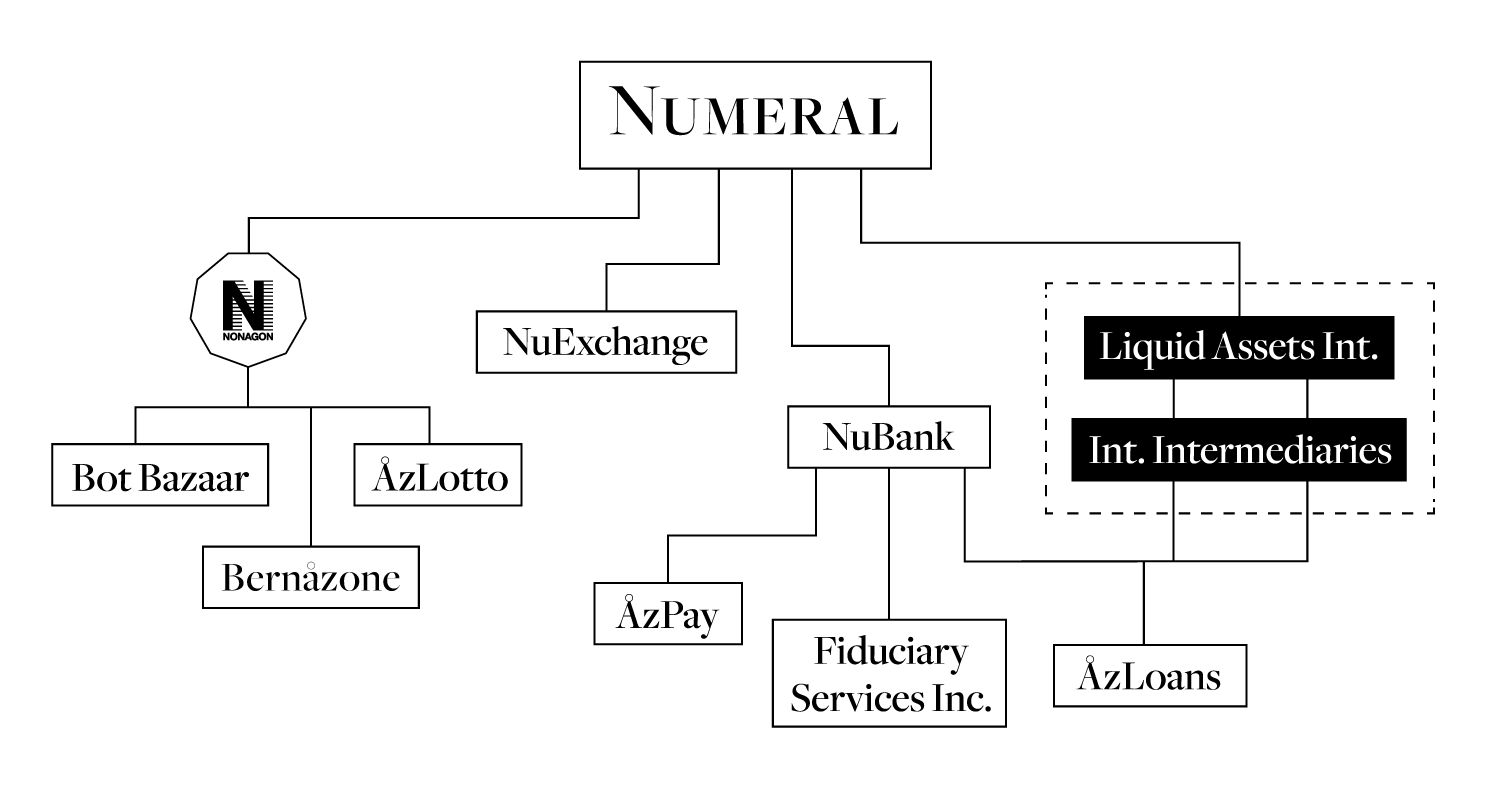 Only a small number of enthusiasts concerned themselves with the connections between blockchain and culture in the mid-2010s. One of them was Sam Hart. Trained as a scientist, he pursued his interest in art and technology primarily through self-funded publishing and curatorial projects, working in the hybrid spaces outside or between institutions where experimental thinking happens. Below he talks about his collaborations with influential artists and thinkers in the crypto space, and how his interests in the social and theoretical implications of blockchain technology have shaped his NFT collection. He also shares some thoughts the future of NFTs from his perspective as strategy lead at Cosmos Interchain, a network of applications and services designed to facilitate exchanges among blockchains.

Both my parents are artists, so I was in drawing class while most kids were in daycare. I studied chemical physics in college. I wanted to move to New York after school, and I found a job doing genomics research. In my spare time I started an online magazine, Avant.org, to stay connected to artists. The subject matter was open-ended, and largely responded to my own interests: art, technology, and the political climate at the time, namely Occupy Wall Street and the questions about how to build alternative institutions.

In 2015, a couple years into running Avant, I was asked to participate in a show at the Guggenheim, “Åzone Futures Market.” It was an online exhibition, somewhere between a prediction market and Reddit. Artists were asked to engage the marketplace somehow and participants could “invest” in the futures by liking posts they found interesting. The show was heavily inspired by the Ethereum whitepaper published just prior. I had exposure to cryptocurrency before, but this was the first time I was asked to present public work around the topic. It was a lot of fun. I ended up doing a performative lecture about a web of speculative shell companies and DAO-like entities that were woven together in a way that equated financial derivatives and conceptual art, particularly how they applied the corporate form.

“Åzone” catalyzed a bunch of things for me. A number of the participants ended up creating their own blockchain protocols. One of the fascinating and bizarre things about the 2017 ICO mania was this parallel between financial speculation and speculative design. With this realization I could move between art and the blockchain pretty seamlessly, I ended up consulting for a number of different protocols. That eventually took me to Berlin, where I started working in the crypto space full-time.

I’ve done a couple curatorial projects in institutional contexts, but most of my work has been self-produced in nontraditional spaces. I did a cybernetics conference with a bunch of artists, every aspect was incredibly detailed. We all brought our personal books to the venue and cataloged them to create a library with custom checkout software specifically for the event. Working in a non-institutional context allowed us to be a lot more creative, move faster, and address a very different audience. That spirit carried over to a series of art exhibitions I did at early cryptocurrency conferences. I had a lot of fun playing this cultural arbitrage where the crypto industry was trying to claim relevance, so I could come in as a representative of the arts and get access to this strange niche industry.

One exhibition resulted in one of the most amazing art interactions I’ve ever had. Two friends and I did a project called One Token. We wrote a custom smart contract that had a single token, an indivisible ERC20, that was being auctioned during the conference. This was 2018, and we were playing off the ICO madness. The thought was if we took this ICO format and boiled it down to a single symbolic gesture, this process of capital formation transformed into a performative artwork. I was working with an engineer who pushed a commit at 2 a.m. the night before the auction that broke the user interface. I was installing the show in the morning, setting up all the computers, and realized at the last minute that it was broken. I finished setting up, and noticed a guy had been sitting in front of the piece for a while. He ended up spending more than an hour in front of the computer. He forked the UI on GitHub, rewrote half of it, then bid on the auction and won. Probably the most engaged spectator I’ve ever had.

I collect NFTs like I collect physical work. I’m proud of pieces I collected because I wanted to shine a light on artists who are doing interesting work. Acquisitions mostly come out of relationships with artists I’ve collaborated with or have been in conversation with for a while. The works I’ve received as thank-you gifts are definitely my most cherished. Rhea Myers is a long-time collaborator. She was in the first blockchain show that I did at Ethereal in 2017, then three or four shows after, and made unique works for most of them. I co-produced the Internet Archive’s Decentralized Web Summit, with programming and an exhibition called “Secrets” that took place in the vaults of the Old San Francisco Mint. I reserved a space in the vaults at the bottom of the mint. The whole show was about secrets and Rhea made her first NFT, Secret Artwork. She and I have a shared interest in 1960s conceptual art. We were discussing a Mel Ramsden piece called Secret Painting, and decided that would be a good direction for an NFT.

Somnath Bhatt is also a friend. I met them through Paul Soulellis, when we curated a show about bots together at Eyebeam. There’s a figurative motif that runs through Som’s work. Their delicate pixelated style somehow compresses into these highly expressive gestures. I often find intentionally reduced images to be more evocative than high resolution, representative works. Som and my partner are also quite close, so I commissioned them to make a tapestry as a birthday present.

Claves Angelicae by Cullen Miller and Gabriel Dunne was produced for a show that Ruth Catlow of Furtherfield and I curated together in 2018. The physical installation invited participants to enter a magic circle and perform a gestural incantation, which generated a cryptographic seed and used as the basis for a visual rendering that visitors would get in return. The encoded incantation was then recorded on the blockchain, and you get a nice physical document that included the drawn sigil. For this second iteration—the NFT version—they used the information from that exhibition. NFTs weren’t really a thing in 2018, but they had the material already recorded on-chain that was quite amenable to constructing an NFT. So they wrapped that original seed material for minting a set of NFTs.

Dom Hofmann has a bunch of interesting works. They can be a bit insider-y, in that it helps to be able to read Solidity or otherwise have some understanding of what’s going on in the contract. This is a big theme in the works that interest me in general: smart contract as art. Corruption(s*) was released in stages. There was an initial mint, without much explanation of what the work was. Then there was a collective investigation—Solidity engineers interested in art were analyzing the contract and writing Twitter threads explaining pieces of it and responding to each other. One of the most interesting aspects of Dom’s work is the venue where it plays out. You can go on OpenSea and look at the generated image, and you also experience the work through Etherscan and Twitter as it plays out. In this particular case, the work degrades whenever it’s traded or moved. So there’s a performative aspect where the market is reshaping the body of work. Dom later updated the contract and how the images were rendered, post-facto modifying the rules of the game.

One of the most interesting aspects of NFTs to me is the relationship that holders end up having to each other. Is there a club for Van Gogh holders? The auction event is a relational motif. They’re interesting and fun. And sleazy, I guess. But finance is definitely front and center with NFTs. Not enough works take that as a starting point. I think PartyDAO is actually one of the most interesting “NFT artworks” as a system itself. PartyDAO lets a group of people bid together on an NFT auction. Anybody can submit Ethereum to a contract, and the aggregate amount is used for the bid. If the party wins the auction, then the pro rata shares are fractionalized. If you’re in the party, then it’s like a party. It’s a lot of fun. A temporary DAO, which is interesting. If the party wins the auction, an ERC-20 is issued and the shares stick around. Otherwise the DAO is dissolved. But the main purpose of the DAO is just purchasing the token. I like the idea of this ephemeral DAO: we’re going to come together and trustlessly coordinate to do this one thing.

Holly+ is a project by Holly Herndon and Mat Dryhurst where NFT holders control the authorized use of a deepfake model of Holly’s voice. The software is available for free, but official use is regulated by the DAO. NFTs as membership tokens to control a DAO are perhaps a little different than NFT artworks. DAO tokens tend to imply some additional set of responsibilities. Most NFTs do not come with that fine print.  I try to keep the number of DAOs I’m participating in to something manageable, and I’m more of an advisor of the ones I do belong to. I often approach them similarly to how I’ve approached being an editor or a curator. I try to give as much guidance or advice as is helpful. And I try to be a good multisig signer.

My work at Cosmos is not super related to NFTs. I’m leading strategy and doing a lot of coordination among core teams. That includes the NFT standard for Cosmos chains, which is a little different from Ethereum in that it’s built into the binary natively, so that’s interesting. We have a set of cross-blockchain interoperability standards so you can move an NFT from one chain to another. We think about NFTs as capabilities. A token could give you a right to enter a Discord or perform a governance action. There’s an intersection between financial products, authorization systems, control systems where NFTs will play a role in the Cosmos world. So I have a slightly oblique view on NFTs from that vantage point.

The art use case is fascinating. But NFTs are more than just art. There will be a lot of financial use cases. There will be a lot of use cases around identity and access. Representation and assignment of a unique thing is a very flexible technology that can be deployed in many different contexts. The works that I’ve made and collected often try to play with the NFT format itself and encourage people to think more expansively about the technical and conceptual underpinnings. 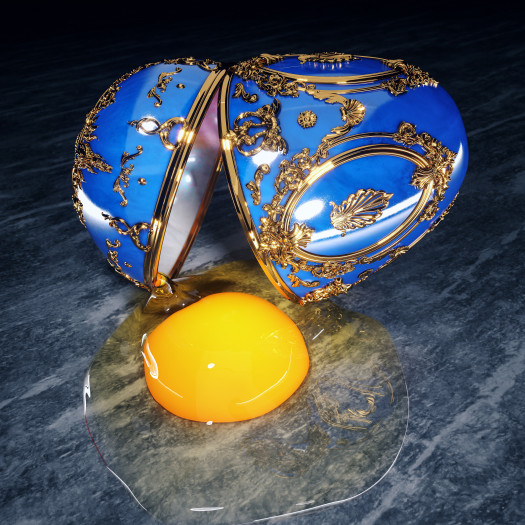 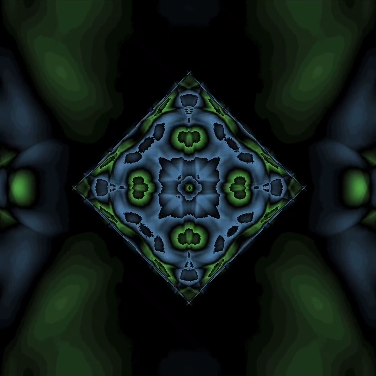