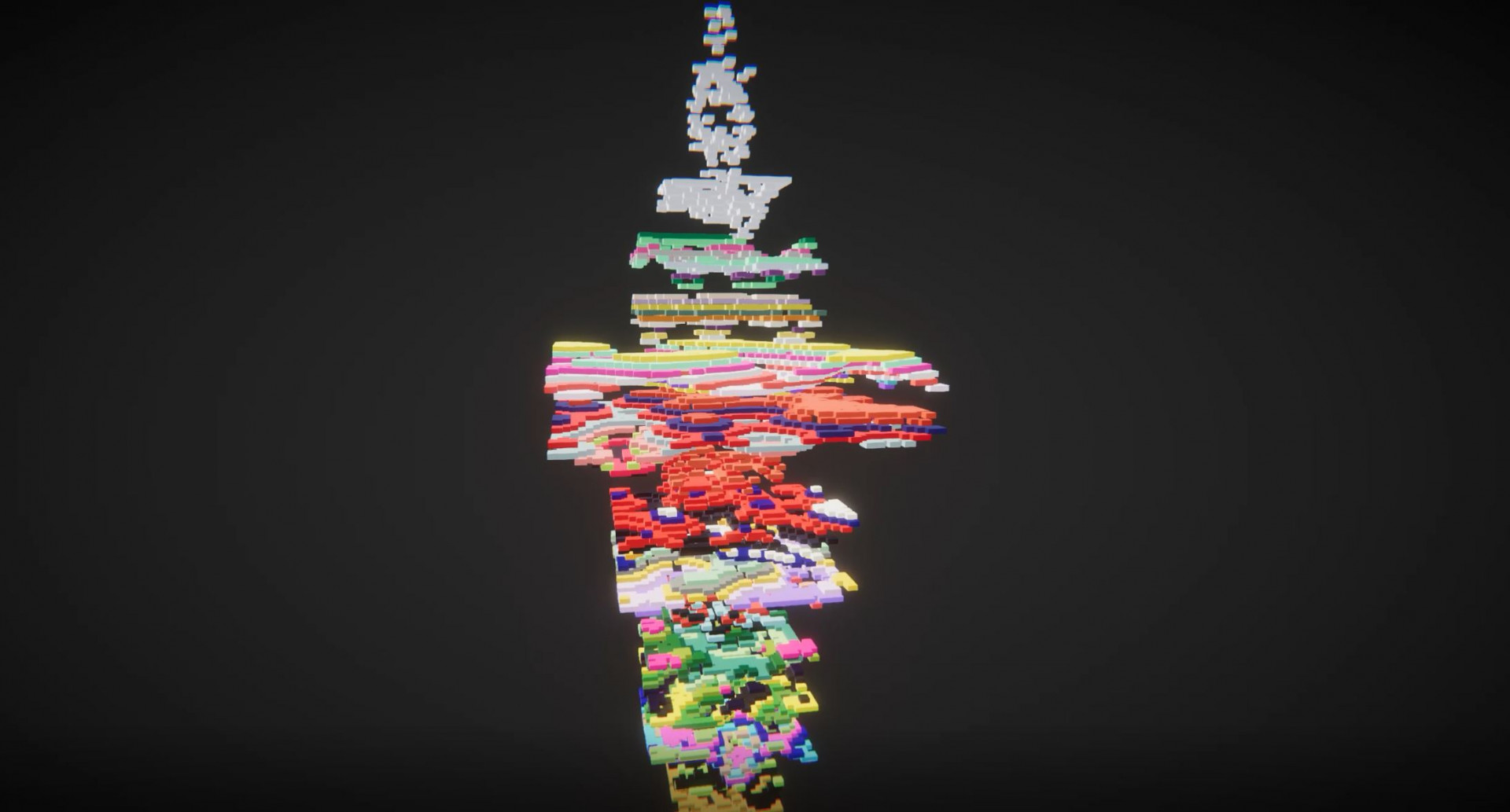 Still from mmmatto's The Long View 15/15, 2022, a 3D rendering of the Hypercastle structure represented by Terraforms.

A project by Mathcastles foregrounds not only the code behind virtual worlds but also the collective imagination and effort that are required to flesh them out.

Anyone remotely familiar with NFTs knows that trading volume has dropped precipitously in the last six months, and the floor prices of even the most established collections are way down. Characterizing the current moment as a bear market, however, is an optimistic take. Bear markets eventually turn into bull markets: the phrase assumes that activity will come charging back. But what if it doesn’t? The explosion of collectable digital art was a bubble that might look very different when it reinflates, if it ever does. A slowdown yields time to think, and two questions come to mind. First, which collections are still doing well, or even improving in the current environment? And second, among the apparent survivors, which projects demonstrate the best qualities of the NFT as a form? Which have attributes that are likely to endure beyond even this purifying fire? Put another way, are there conceptually and aesthetically rigorous projects that justify the technological and cultural framework that was born in the NFT boom? With these questions in mind, one project that stands out is Terraforms (2021) by Mathcastles. This series of ASCII art animations has recently seen an increase in price and trading volume. They’re fully on-chain, interactive, and together form a map of a virtual environment that is being developed and explored by an active community of collectors. Terraforms is a reminder that the best virtual worlds are imagined, not simulated.

Terraforms is a reminder that the best virtual worlds are imagined, not simulated.

Mathcastles is a studio that consists of two anonymous developers known as 0x113d and xaltgeist. Each NFT in Terraforms is a 32-by-32 grid representing a parcel of terrain in a complex, twenty-level fictional structure known as the “Hypercastle.” The tokens have visible attributes—colors, ASCII characters displayed, animation speed. Invisible attributes are readable as metadata on OpenSea; they correspond to a parcel’s location within the Hypercastle, indicating which level it is on and its x and y coordinates on that level. Each parcel also has a mode: terrain, daydream, or terraform. Terrain mode indicates a parcel in its original state, a pulsing ASCII design that looks a little like a topographical map. Daydream mode means that the parcel has been switched by the owner to a blank slate on which they can draw whatever ASCII creations they want. Owners can initiate this mode by inputting a command directly into the contract on Etherscan, then using a community-built tool to do the drawing. Terraform mode activates when the drawing made in daydream mode is locked in, or saved back to the blockchain, so that it can be viewed by others. A given parcel can switch between daydream and terraform modes indefinitely, but the initial change from terrain to daydream can only happen once and is irreversible. This means that the quantity of terrain mode NFTs is limited and can only decrease over time. A community has formed around Mathcastles and developed a rich set of tools to use the project’s on-chain data to interpret and visualize the Hypercastle, including Hypercastle Explorers, which renders the virtual environment using the Unity game engine.

Terraforms, like all NFTs, are digital objects, but they can also be thought of as the component parts of a virtual place. If these animated maps are building blocks of an imagined world, what are the blocks themselves made of? If NFTs can be thought to have a material, Terraforms makes it visible. An NFT is a small computer program that functions as a contract. Like any computer program, it’s made of text elements that combine to form instructions for computers to follow. Being fully on-chain, Terraforms do not index an image file saved somewhere else. They contain all the information needed to render the visuals. Generating the ASCII designs requires special font information, and even that is stored in each smart contract.

The word metaverse is sorely overused lately, thanks in no small part to a multibillion-dollar social media firm rebranding as a “metaverse company.” The trendiness of this term is a little puzzling, given the fact that the idea of a persistent virtual world is so old, and visions of what it will look like have changed little since the 1980s. The glitchy, ASCII aesthetic of Terraforms, and the fact that they create a map of a virtual world, points to the central paradox of such worlds: While these environments are meant to be immersive alternate realities with a convincing sense of place, they are made of code. Metaverses are not places—they are sets of instructions. When the characters in The Matrix (1999) escape their coercive metaverse, they can see the streaming green characters that constitute the true material reality of the (non)place. Today’s functional metaverses contain the same duality. From Meta’s Horizon Worlds (a virtual realm reportedly unpopular even among its own creators) to Roblox (where my own children adore playing a crude mini-game where they deliver pizza), these environments all have a front-end experience of a 3D world, and back-end of code, data, and endless webs of instructions. Like the one in The Matrix, most metaverses work by presenting an image of a world that obscures the code that makes it all possible. The function of the code is to hide itself. Terraforms does precisely the opposite. Mathcastles has built an imaginary world out of the material of smart contracts, rather than creating images of a virtual world and connecting them to smart contracts after the fact. Theirs is a metaverse that shows its own guts, a world that is transparent in its presentation of the material substance of code. Terraforms are made of text, both in their mechanism and their display.

The image is a map, an index that guides an imaginative experience where the true game takes place.

ASCII art is retro. The characters that pulse in Terraforms recall the earliest days of text-based adventure games like Rogue (1980), Beast (1984), and NetHack (1987). The dense maps of odd symbols echo a more recent ACSII-based game, Dwarf Fortress (2006). Terraforms likewise uses layers of 2D maps to hint at 3D structures that the images cannot actually display. The many games that use this simple display method tend to be centered on high fantasy stories, influenced by Tolkien and Dungeons & Dragons. This isn’t a coincidence. While the illustrations of early D&D rules manuals are wonderful, the visuals of the actual game appear in the “theater of the mind,” as the dungeon master describes scenes to the players. ASCII games are akin to the graph paper D&D players sometimes use to keep track of the dungeon chambers they’re exploring. The image is a map, an index that guides an imaginative experience where the true game takes place. Terraforms carries this idea forward into the context of contemporary virtual worlds. The environments of the parcels, and the larger Hypercastle structure, are not simulated—they’re symbolized. The NFTs do not show what this virtual world “looks like,” they show what it really is: a series of instructions that define the world just enough to allow the imagination of the community to fill in the details. 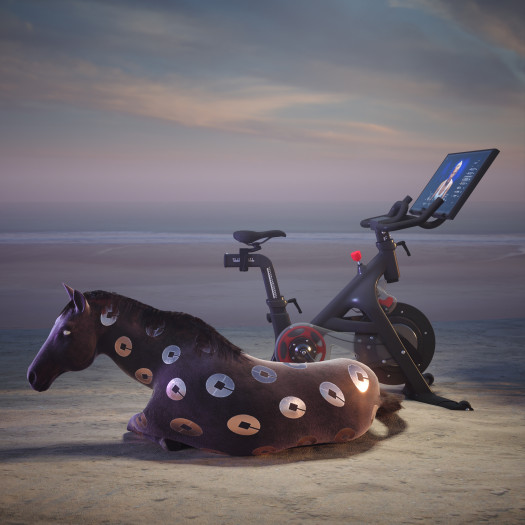 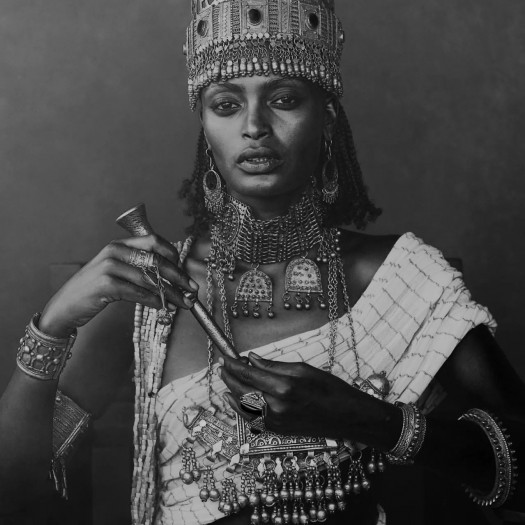