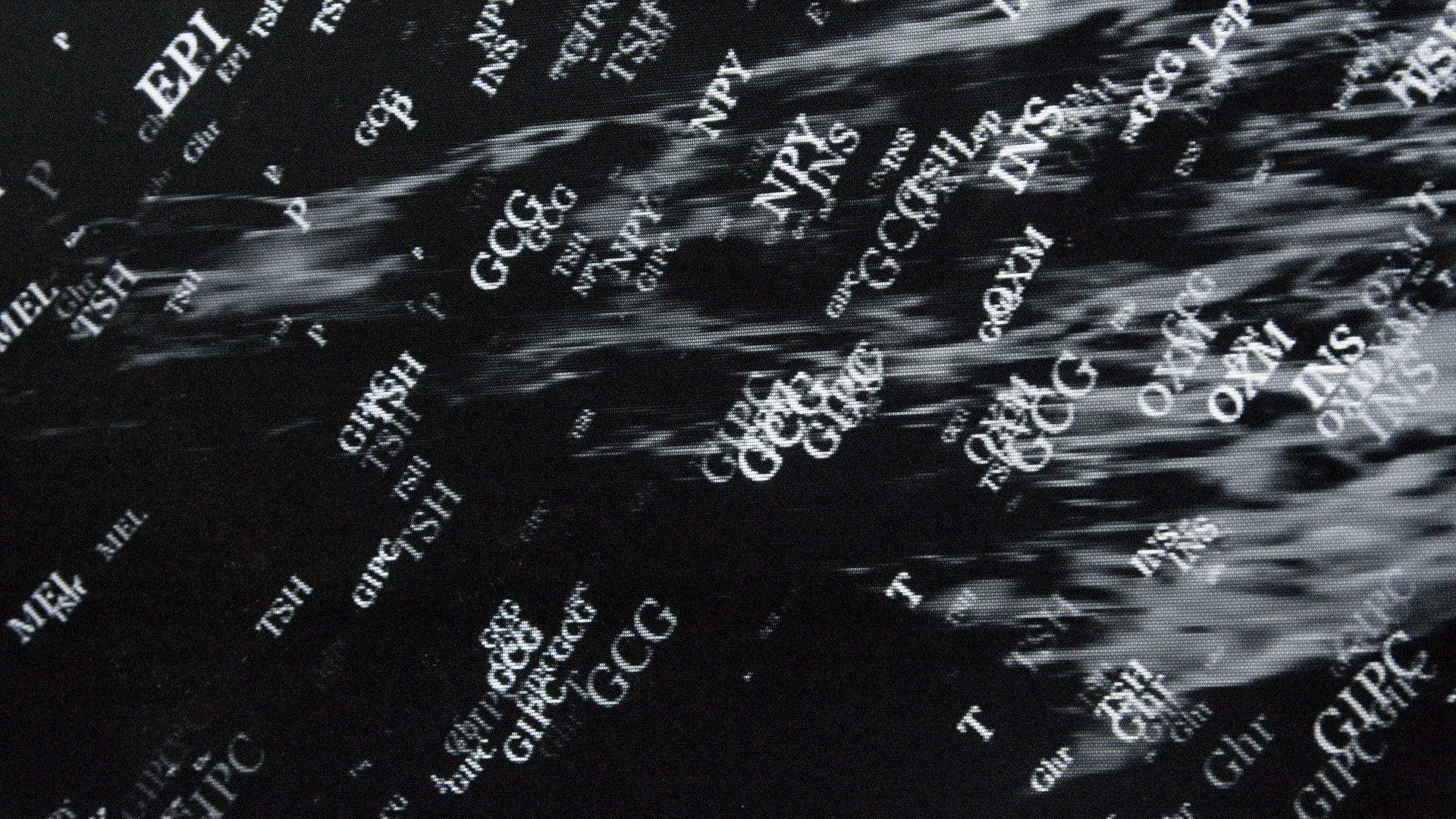 If you want to make decisions about what goes into a museum collection, you have to pass through a number of gates, opening them with immense wealth or clout. The radical idea of Arkive is to expand access to those conversations. It’s a collecting DAO with a membership currently numbering nearly one thousand people and still taking applications. The first acquisitions were announced this past summer: Seduction (1985), a photocollage by Lynn Hershman Leeson in which a woman’s head is encased in a monitor, and the patent for ENIAC, the first modern computer. Since then the collection has continued to grow, with more artworks reflecting on technology as well as pop-culture objects, such as the prototype for the Moonman statuette of the MTV Music Awards and the fans used in Madonna’s live performance of “Vogue” at that awards ceremony in 1990. Outland spoke with two of Arkive’s founders, Kelly Huang and Tom McLeod, who developed the idea for the initiative in a conversation late last year. Huang, who leads the collection strategy, is a seasoned veteran of the art world, having worked as an advisor to public and private collections, and as the director of Gagosian San Francisco. McLeod, Arkive’s executive director, is also involved with Coil, a micropayment system designed to more efficiently monetize online content. The text below is drawn from conversations with Huang and McLeod about the community and collection they are building at Arkive.

How do you build an artist-centric platform that everybody gets to participate in? One that helps educate people on what contemporary art is and how it’s relevant to them? In thinking about how to formulate a mission, we focused on the fact that Arkive could not exist at any other time. Because of web3 and DAOs, we can explore a different way of engaging with art and cultural artifacts. We wanted to reflect that in the first year’s curatorial theme: “When technology was a game changer.” It’s broad enough to encompass different types of cultural artifacts—reflecting on how technology has created critical changes in fields from fashion to fine art.

We are not a museum in the metaverse: we are building a collection of physical objects, either artworks or cultural artifacts, and we would love to exhibit that collection as much as possible—perhaps more than a traditional museum might be able to, because we’re not tied to a single physical location. We’d love to build out a network of partnerships with existing cultural institutions and publicly accessible spaces.

Our curatorial team puts together a group of works to consider for each acquisition round and writes essays about the artists or creators. Then, we present the works in a curatorial call—an open invitation to all members of Arkive to participate. Afterward, we open a channel in our Discord for that acquisition round where members can post their thoughts and questions. We also have a members-only platform with the essays, other information about the works, as well as a recording of the curatorial call. That’s where members cast their votes, and provide context on the reasons for their vote. Most people do write something they know will be shared anonymously with the membership, and we’ll post a selection of those comments in the Discord channel so everyone can read and respond to them. By the end of the week, the vote is closed, and we announce the winner the following Monday.

The voting mechanics are not a hundred percent implemented, but the plan is to vote with NFTs rather than tokens. There will be 10,000 votes per NFT, which can be distributed via quadratic voting. That means you can express degrees of preference when voting for multiple items, and we take the cumulative best, as opposed to the simple majority. If there’s a second most popular piece with full consensus, it’ll have a better chance of getting acquired because it shows more universal appeal. We haven’t released the NFT yet, so we’re mimicking that with a simple membership for now. We’re also building out a system by which participation can increase the weight of a vote. When you show up to events, when you participate in curatorial calls, when you participate in discussions on Discord—all of these things accrue Arkive Points. You can spend those points when you’re really passionate about an item, in addition to casting a certain amount of votes for it. Once you spend those points, they’re gone. They’re not tied to capital. The system completely focuses on the quality of the community.

We’re super public about all our community stats, and participation in curatorial voting is the only metric we really care about. In the last round, 73 percent of our active members voted, which was up 35 percent from the round before. Most DAOs are below 10 percent. And 52 percent of voters left comments to provide more context on why they cared about something. Meanwhile, we’ve increased the number of active members from less than 100 to almost 1,000. We’re growing and also increasing member voting per capita. At some point, it will plateau, but we really like that trend line.

One of the first works we acquired was the ENIAC patent—the book that has all the diagrams and all the written information about the first modern computer. It came through a community member’s connection with a computer historian who owned it. We wanted to recognize that Arkive exists because of modern computing, and this is what changed the game. Lynn Hershman Leeson was the first artist whose work we acquired. She has always been interested in the connection between humans and technology, particularly viewed through a feminist lens, and she’s been consistently ahead of her time. We wanted an artist whose practice really fit the overarching theme and set the tone for the type of art we would be collecting. We considered three works from different periods of Lynn’s practice, so we were able to do a deep dive into her work.

We acquired Rafael Lozano-Hemmer’s Hormonium (2022) as we explored the theme of technology and human behavior. We wanted to look at artists who were really foundational in their respective fields, and Rafael was considered because of how he has employed technology and engineering into all his works at a high level. He had just opened his show at Pace Gallery in New York, and the work in our acquisition round was included in that exhibition, so we hosted a visit for members who were in New York. That was a unique opportunity that had not been available for other rounds to date.

Allora & Calzadilla, the artists whose work we most recently acquired, got on a call and talked with our entire community. A lot of their art is about technology and the human impact on nature. Electromagnetic Field: January 5, 2022 is about the dysfunction of Puerto Rico’s power grid in the aftermath of Hurricane Maria. It’s made with iron filings moved across the canvas with electromagnetic currents. We had presented three of their works, and they talked to us about each one, what it meant to them, and why they made it. Then, the community came together to vote on which they felt was the best fit for the collection and the best representation of the artists’ body of work.

The works for acquisition rounds have been selected by the curatorial team, but we recently launched our first community-led round. We wanted the curatorial team to help establish that foundation for the Arkive collection in this first year, and give our community a sense of what would seriously be considered. Members are still submitting works under the theme of “When Technology Was a Game Changer.” The proposal form has a field that asks how their submission builds on the existing collection. Our team will review them, vet the opportunity, and see if there’s a sub-theme that emerges from those proposals. Then we’ll put together an acquisition round. So not everything that gets proposed is going to be up for acquisition. An amazing group formed inside of the community just focusing on fashion. They’re starting to think of Arkive as something like the Smithsonian Institution, which is subdivided into museums with focused collections. They ran with that idea and recruited people and they’re bonding over culturally significant items in fashion.

The core team at Arkive does a lot of work behind the scenes and allows our members to participate in the fun part. This has worked pretty well so far. People like to be able to make some decisions, but they don’t necessarily want to make all the decisions. If we can present some options to the members, but they have the power to vote, we’re building a community where people from diverse backgrounds can build a collection that is truly reflective of human culture. I don’t think we diverge too far from the way an acquisitions committee at a museum runs. It’s just a lot larger, and it’s out in the world in a much more public fashion.

—as told to Brian Droitcour (disclosure: Droitcour became a member of Arkive in the process of researching this article.) 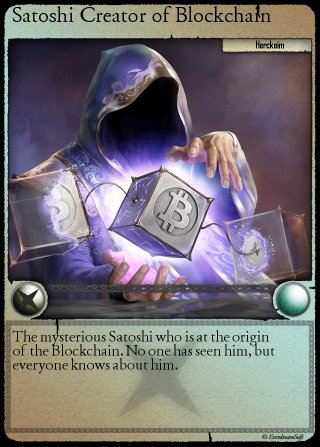 An NFT archaeologist talks about the early tokenized assets in his collection and their historical importance. 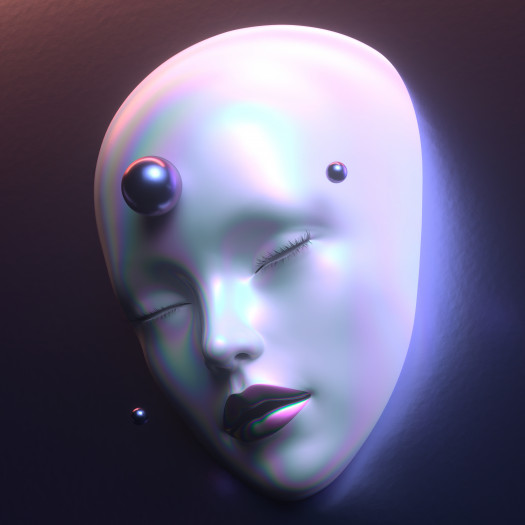 Roger Dickerman explains how the Artifex Project preserves the work of the 3D artists who helped create the NFT market.