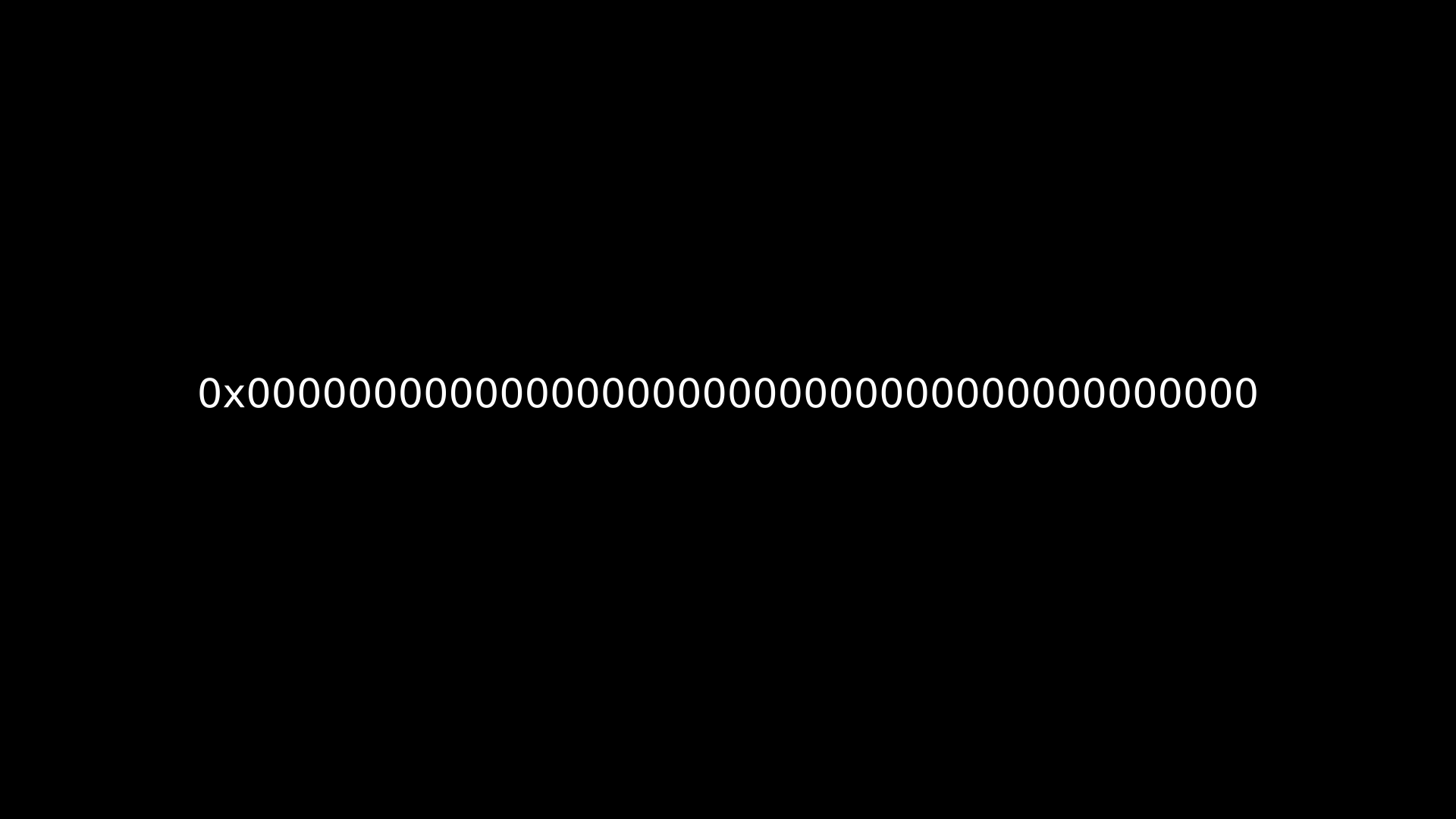 “I have no time for very secure critics.” These were the words of crypto art pioneer Rhea Myers in a recent Twitter Space discussion held for the launch of her new book, Proof of Work: Blockchain Provocations 2011–2021 (Urbanomic, 2022). The anthology features a new, in-depth interview with the artist alongside collected writings and documentation of a decade of conceptual interventions into blockchain technology. In denouncing “secure critics,” Myers returned to an ax she grinds frequently on Twitter and other forums: her impatience with people who confidently espouse incorrect (or incomplete) conclusions about the blockchain and its implications. Myers was making art that engages with the blockchain before NFTs were invented, and one gets the sense that her explorations will continue long after the current paradigms of crypto art have become obsolete. Myers is an artist with a wry sense of humor who still takes ideas seriously. Like a line of code studiously carrying out commands to the letter, she follows concepts to their conclusions, whether they’re absurd, profound, or both.

Myers is an accomplished blockchain developer, and her art has been exhibited globally in venues ranging from Ethereum conferences to museums to auction houses. One of her earliest provocations, back when one Bitcoin cost about a dollar, was The World’s First Bitcoin Artist (2011). The work was a simple offer to exchange drawings of bitcoins for the digital currency. By 2014, Myers was producing punchy, conceptually rich projects that showed what rigorous crypto art could look like. In Proof of Existence (2014), she produced an encrypted hash of her own genome and encoded it onto the Bitcoin blockchain. For a second part of that project she did the same for the word “God.” Both the artist and God could then be proven to exist with all the mathematical certainty of the blockchain. In the same year, Myers produced MYSOUL, a crypto token representing her soul. First executed on the Dogecoin blockchain, later updated for Bitcoin, the MYSOUL token was divided into one hundred parts so that the market could arrive at a fair price for the fractions of her eternal self.

If the blockchain is truly an immutable shared record, owned by no one, true by nature of its transparency, then why wouldn’t it become a repository for the soul, for God, for the self?

One thread that runs through Myers’s work is an idea she calls disobedience-in-obedience, inspired by the conceptual art collective Art & Language, which formed in the 1960s. It’s a strategy of following the rules to the point of absurdity. Myers’ early work with the blockchain applied this strategy to the utopian promise of the technology, either to show its faults or reveal its potential. If the blockchain is truly an immutable shared record, owned by no one, true by nature of its transparency, then why wouldn’t it become a repository for the soul, for God, for the self? So many debates about the blockchain get caught in the ethics or practicality of its potential uses, and how those uses may or may not scale. Myers takes a different approach. She sees in the blockchain a technology where a cypherpunk political objective—that privacy is essential for an open society—is baked into the code, and the only way to truly understand the implications of this development, for better or worse, is to play them out.

Is Art, dated 2014–15, is an Ethereum contract that can be toggled to display one of two messages— “This contract is art” and “This contract is not art”—on a connected web page. It’s remarkable that Myers began this project in 2014, the same year that Kevin McCoy and Anil Dash produced Quantum, widely considered to be the first NFT. Is Art centers a question about NFTs that is still debated nine years later: Is the art the contract or its referent? The work also zeroes in on one of the most fascinating and confounding properties of digital objects: they’re both permanent and changeable, part thing and part function. In a description of the work on her website, Myers refers to Duchamp’s revolutionary gesture of declaring an everyday object to be an artwork. The concept of the readymade still ruffles feathers a century later. Myers has it both ways; the art status of the digital object can be flicked on and off like a switch. Everyone is happy.

In 2018 Myers made Secret Artwork, an Ethereum contract containing a cryptographic hash of the content of an artwork, rendering it simultaneously ownable and unknowable. A SHA256 hash, used in the work, is a string of seemingly random characters produced by entering text in an algorithm. The transformation is consistent—the same input will always produce the same hash—but it can never be reversed. This is a common technology, used to encrypt passwords. With Secret Artwork, Myers highlights the poetics of this one-way transformation. You can buy the artwork, assured of its uniqueness, without ever knowing what it is. The work is about cryptography itself: a portrait of irreversible, absolute secrecy. While Proof of Existence uses cryptographic hashes as storage vessels for God and the artist’s genome, Secret Artwork draws attention to the vessel itself, and its ability to flawlessly preserve information without ever revealing what it is.

If NFTs are meant to certify the uniqueness and provenance of a digital file that can otherwise be freely copied, how could an NFT certify a project that turns artworks into unauthenticated copies?

In a conversation with McKenzie Wark and elsewhere, Myers talks about “delaminating” the bundle of ideas that typically hold together to make an artwork: object, image, provenance, ownership, value. When artists worked in a similar way in the late 1960s and early ’70s, Lucy Lippard called this the dematerialization of the art object. NFTs have accelerated this dematerialization, making it a central talking point about the market for digital art, in both positive and negative ways. It’s now a given that a work’s conceptual elements can be separated from and take precedence over its physical form. Is Myers’s delamination just a digital rehash of a half-century-old gesture? Yes and no. Artworks are sponges for the social, political, and relational environments in which they’re made and exchanged. Those conditions are never the same, which makes repetition valuable. Myers’s use of conceptual strategies brings focus to the unique conditions of the present moment. Secret Artwork, for instance, is in many ways a crypto art rehash of Art & Language’s Secret Painting (1968–69). Certificate of Inauthenticity (2020) adapts one of Myers’s own earlier works, Shareable Readymades (2011–12), where she commissioned 3D-printable digital facsimiles of famous works of appropriation art: Jeff Koons’s balloon dog, Marcel Duchamp’s urinal, etc. She released these models under a Creative Commons license allowing anyone to make copies, reversing the status of these objects, turning them from artworks into mundane things. In Certificate of Inauthenticity, the conceptual wrinkle of NFTs introduces an additional reversal to the project. If NFTs are meant to certify the uniqueness and provenance of a digital file that can otherwise be freely copied, how could an NFT certify a project that turns artworks into unauthenticated copies? The NFTs of Certificate of Inauthenticity function as companion pieces to the balloon dogs and urinals that collectors can freely print, as contracts certifying that Myers did not create the object in question. They are NFTs that exist to verify what something is not.

For “Peer to Peer,” a recent digital exhibition organized by the Buffalo AKG Art Museum, Myers presented Titled (Information as Property as Art) [Ethereum Null Address], 2022. The work is a black monochrome PDF with a single line of white text at its center that inscribes the Ethereum null address, a sort of digital non-location where NFTs or other tokens can be sent to be “burned,” deleted forever. In a network founded on the idea that every transaction and digital object is remembered and visible, the null address is the only place where tokens are destroyed and forgotten. Myers’ PDF refers to a 1968 series of works in the Buffalo AKG collection by Joseph Kosuth, ”Titled (Art as Idea as Idea),” a series of black canvases printed with dictionary definitions of “nothing” in several languages. Myers did not merely update Kosuth’s original; the Ethereum null address is not just a translation of nothing into code. It’s a maker of nothing, a destroyer, an event horizon beyond which nothing can escape.

Titled sits in the contradiction at the heart of the entire concept of NFTs: we perform ownership of things that cannot be possessed.

Titled (Information as Property as Art) [Ethereum Null Address] is also a meta-critique of NFTs themselves. NFTs are usually a smart contract which merely contains a link to an image or video file; they reference the art without containing it. This is true of Titled: the smart contract refers to the black-and-white PDF. But the image on the PDF is another index, pointing to the burn address on the blockchain. The null address cannot be owned, but it’s being sold anyway. Titled sits in the contradiction at the heart of the entire concept of NFTs: we perform ownership of things that cannot be possessed.

Myers has a willingness to play with the mechanisms and contradictions of the market, and of conceptual art, in ways that trouble the ideological foundations of people who are quite comfortable. The line between provocation and trolling can blur, but there’s a key distinction. Trolls imagine themselves outside of the contradictions they critique. For Myers, there is no outside. There is no safe, neutral position from which to assess art, technology, capital, or anything else. Pithy hot takes about the blockchain, from both the right and the left, annoy her. In the interview for Proof of Work she says, “I have a genuine anger for imaginary solutions that are not critical or even prefigurative, that are nothing more than affordable hobbies for those who use them to resolve the merely psychological contradictions of their own existence as agents of the social reproduction of the ideology of capitalism.” A lot of art exists, according to Myers, simply to assuage the anxiety of liberals who can decode reassuring symbols then go merrily on their way without ever confronting their entanglement in systems they claim to oppose. The transparency and pragmatism of the blockchain, if taken to its logical conclusion, is something that could genuinely threaten this way of being. That’s exactly what Myers intends to do. 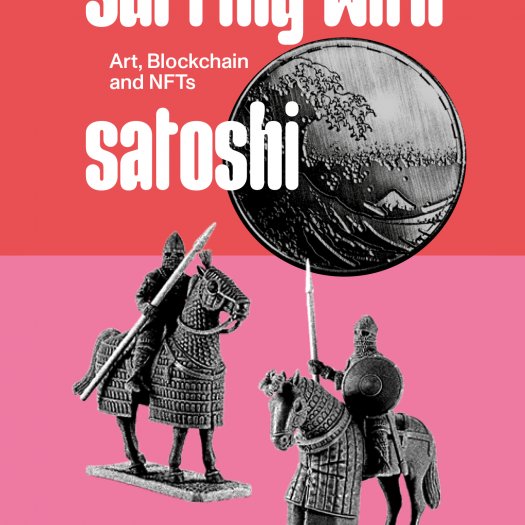 History in the Present Progressive

Domenico Quaranta wrote a history of art and the blockchain during the 2021 NFT market boom. A year later, the parts that look to the past hold up best.

History in the Present Progressive 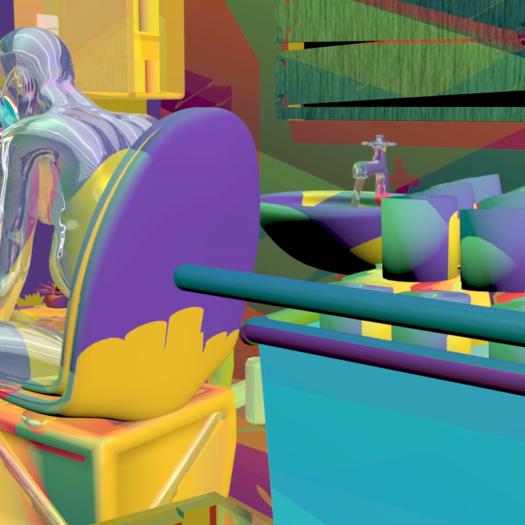