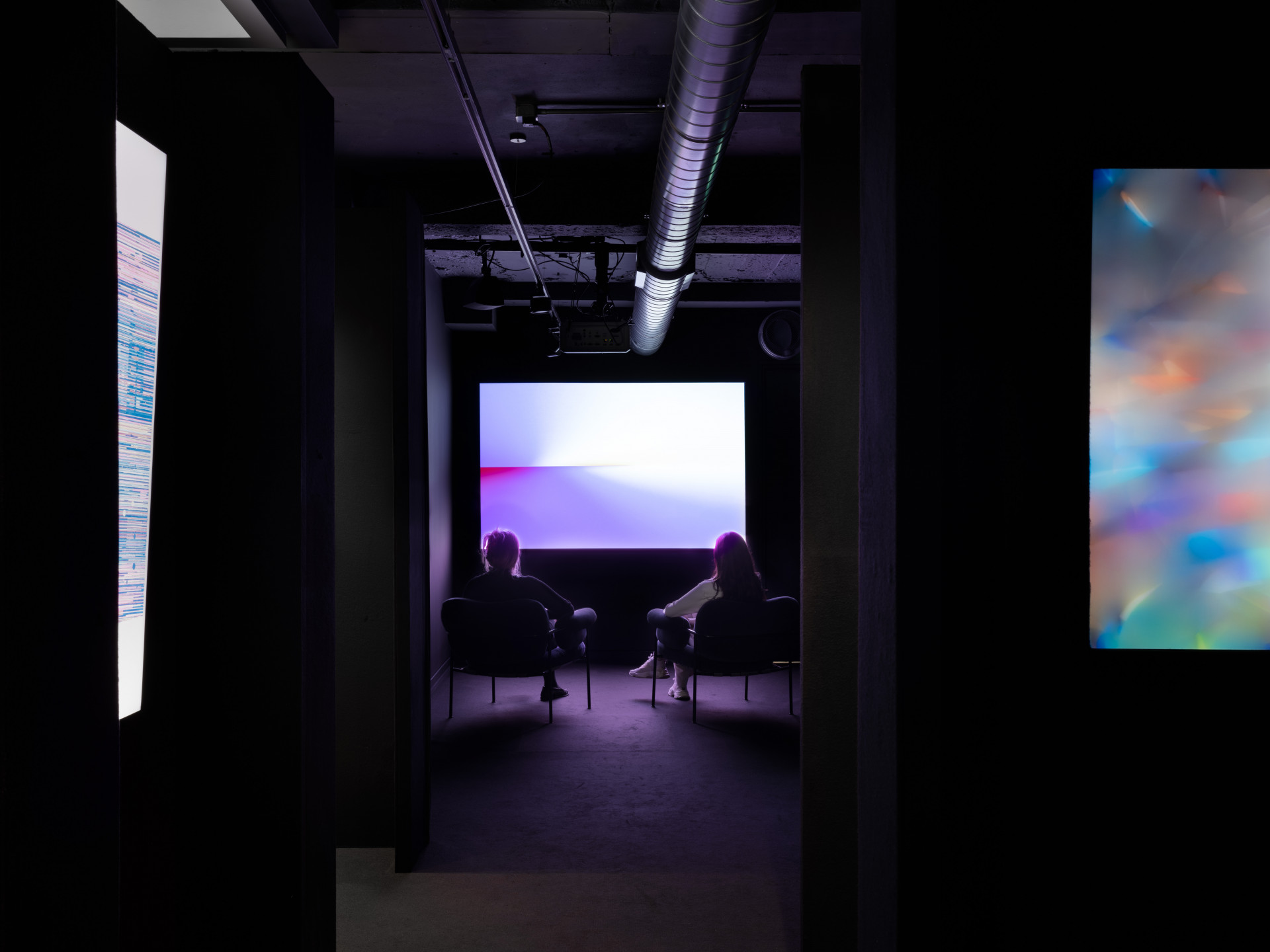 By juxtaposing generative works with the images or objects that inspired them, an exhibition at Unit London emphasized the human dimension of algorithmic art.

Generative artists often describe their process as a conversation with the computer. Having learned to speak the system’s language, they strike up a correspondence in code. They review the outputs and adjust the inputs to find results that please them. Like engineers who apply their skills toward practical, business-minded ends, generative artists often try to make their code as efficient as possible, simple and elegant—to satisfy their own aesthetic preferences, and perhaps to write something that the machine also can appreciate, as easier to perform and therefore more beautiful.

The making of generative art is not a closed system; it is in dialogue with the world.

The human-machine feedback loop is crucial to generative art, but artists always work in conversation with other entities and ideas as well. “In our Code,” an exhibition that closed last weekend at Unit London, reminded viewers of multiple interlocutors that figure in the creative process. Each newly commissioned generative work (all made in 2022) by the eleven participating artists was juxtaposed with an “input”: an object, an image, or something else that informed the genesis of the piece. The making of generative art is not a closed system; it is in dialogue with the world, too.

Several participants identified their inputs as works by other artists. One One Overflow by Tyler Hobbs is a field of uneven striations. Blue, red, pink, cyan, and yellow lines cross the screen and sag, like threads in a loose weave, grouped in cascading quadrilaterals. Two shelves on the opposite wall held art books: Joan Mitchell, Klimt, Alfredo Arreguín. Gerhard Richter occupied a place of privilege, alone on the upper shelf, suggesting a particular parallel between his swipe paintings—where a squeegee is used to draw pigment across canvas in urgent, rippling lines—and Hobbs’s working of the digital texture. Fairy Village, an animated work by Che-yu Wu, begins as an orderly congregation of brightly colored, rounded shapes that then bulge, narrow, and pool into a wriggling stack of thick stripes. The artist provided three images as references: a photo of a village built on a tiered hill, another of an ornate Chinese gate with sinuous golden dragons, and a reproduction of Van Gogh’s Starry Night. The painted landscape, like the abstracted scene of Fairy Village, is composed of contiguous, undulating lines. Like Hobbs, Wu treats images as information; reproductions of art are sources of ideas and the beginnings of engagement with form. Both artists are thinking about how those working in other mediums handle color and texture, and seeking new ways to work with these elements in code.

Other inputs are works of non-visual art or non-art objects. William Mapan presented his compositions of delicate lines in muted palettes as a response to a poem by Verlaine and his own annotated attempt at translating it. Helena Sarin’s irregular black-and-white grid, busily interrupted by curvy blue insets, was accompanied by a set of headphones playing a catchy, melancholic composition by John Zorn. The shelf opposite Process Compendium by Casey Reas held a compass in a velvet-lined box: an ancient tool for modeling the world and designing new forms contextualized the artist’s invention of his own tools to draw. An arrangement of dried chrysanthemums and baby’s breath faced Emily Xie’s Flowers in Bloom, a grouping of pleasingly awkward blossoms, rendered in blues, greens, and earthy tones, and scraps of patterns in the petals. The only explicitly figurative piece in the exhibition, Xie’s take on the still life plays with ideas of nature, artifice, and representation; the juxtaposition of the bright digital image with the dead flowers spoke to the vitality of code.

Exhibitions of digital art are often installed plainly: black monitors on white walls. But “In Our Code” took an innovative approach. The apparatuses of display were recessed in temporary walls upholstered with black brushed cotton, which countered the slickness of the screens. The walls were set up in a dark maze of booths, with the inputs gently illuminated by track lighting opposite the outputs, in a way that encouraged careful contemplation of each work, and a sensitivity to the texture and materiality of the digital medium. (The one flaw of the installation was a seeming mismatch between the size of the screens and the resolution of the images: the artworks stretched to fit, showing their pixelated seams.) Evidence of the artist’s touch is harder to find in generative art than it is in, say, painting, where the viewer can identify the brushstrokes, and so such work can feel cold and impersonal. The presence of the inputs humanized the works, softening them much as the installation did. The only piece shown without an input was Krista Kim’s Blending Light, which was also the only one projected rather than presented on a monitor. It broke out of the labyrinth in a chamber of its own at the back of the gallery, and the soothing drone of its soundtrack permeated the whole show. Kim’s planes of blue, white, and red bleed into one another as they meet at a horizon’s vanishing point. The absence of an input made sense for a work born of a spiritual embrace of the void.

The installation encouraged careful contemplation of each work, and a sensitivity to the materiality of the digital medium.

Generative art has attained new prominence in the last two years thanks to the NFT market. Indeed, all the artists featured at “In Our Code” have enjoyed success because of these new forms of collecting digital art, and Unit London is selling the works as NFTs. The market boom has also resulted in a good number of derivative works, as opportunists try to repeat the success of popular collections by aping their code. “In Our Code” shows how compelling work comes not through a manipulation of algorithms but from a dialogue with other sources, as artists find the language to tell the machine something it doesn’t already know. 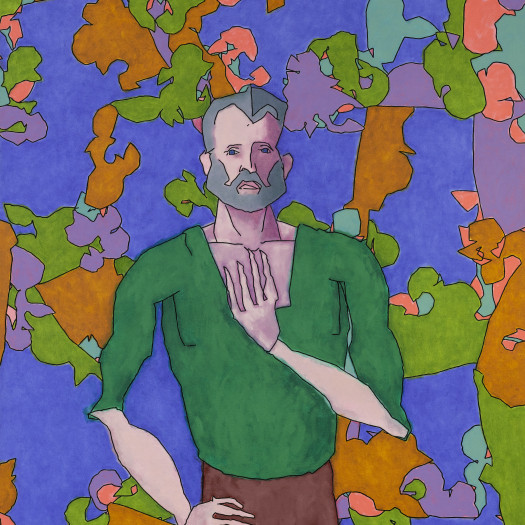 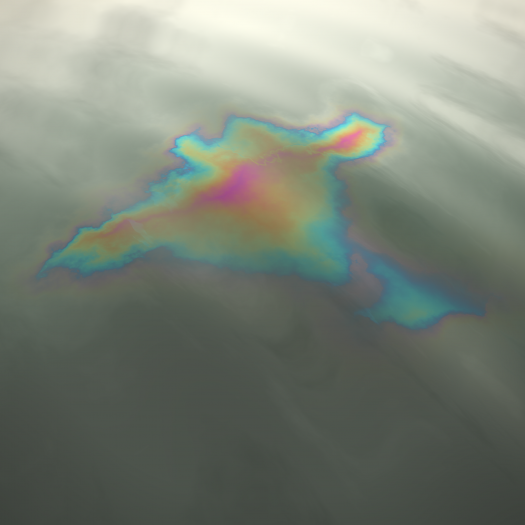